I’ve been back from France and have been sick since (I’ve got the case of the chicken pox!and it’s no fun at all). It does leaves me time to sort through my photos and get started on sharing with you on some of the highlights of my trip.

We flew in to Paris, picked up the car and drove straight to Bayeux  where our trip began. Bayeux is a lovely medium-sized town in Lower Normandy. It had little corners of charm and little pockets of quaint beauty on its cobbled streets. Even though we were jet-lagged and hungry, we were pretty excited to walk around.

While it was drizzling and a little grey on our three plus hours drive to Bayeux, we saw that spot of brilliant blue hanging over the Bayeux cathedral in a distance and we practically ran towards it.

We had a simple lunch, a menu du jour, at Au Petit Bistro that was near the cathedral. The amuse-bouche was a small dish of savoury crème brûlée made with cheese and peppers with torched sugar top. C’est super! What a delicious way to begin our journey!

It was the end of March, and even though it was officially spring, the weather didn’t seem to agree. The winds were unbearably strong, skies were grey, clouds couldn’t hold back the droplets – that was a common occurrence on all the days that we spent in Normandy.

It was a day where we decided to take a day trip to the very popular Mont Saint-Michel. The skies were radiantly blue, the sun was smiling – just a perfect respite from the wet and gloom. 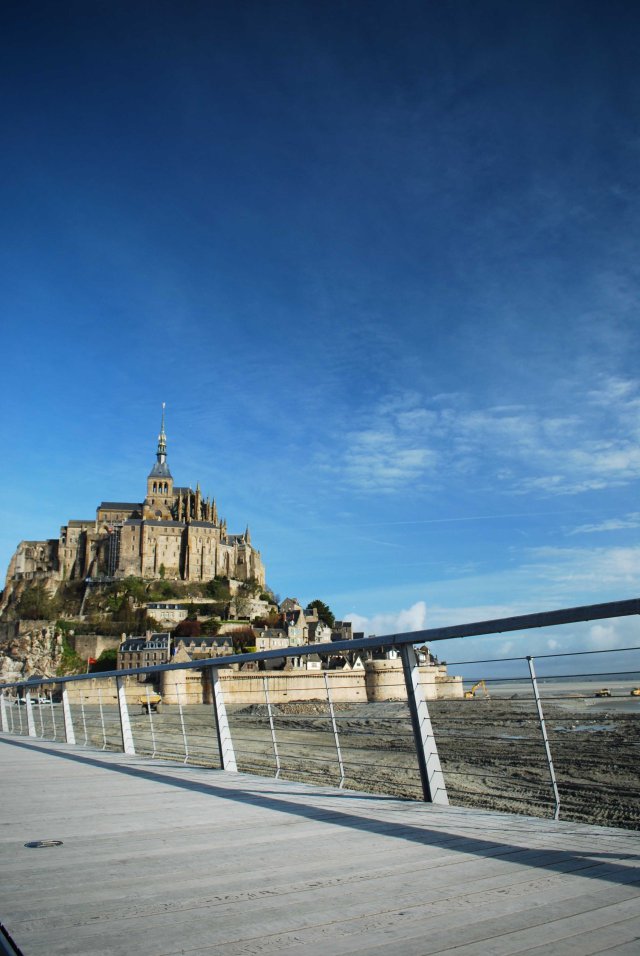 Mont Saint-Michel was everything I imagined it to be, and so much more. It was a thing of beauty that stood still through the test of time. Though we didn’t stay late (we were told that the tides were coming in much later on that day) to watch the high tides flowing in and taking in the beauty of this mystical island Benedictine abbey, I still have to gush about its mystic beauty.

The feeling of being there is simply magical. The one thing I found really amusing is this fun fact about the island, Mont Saint-Michel – as of 2015, the population on the island is 50, yet an overwhelming number of visitors (3 million or more) travel to see it every year! 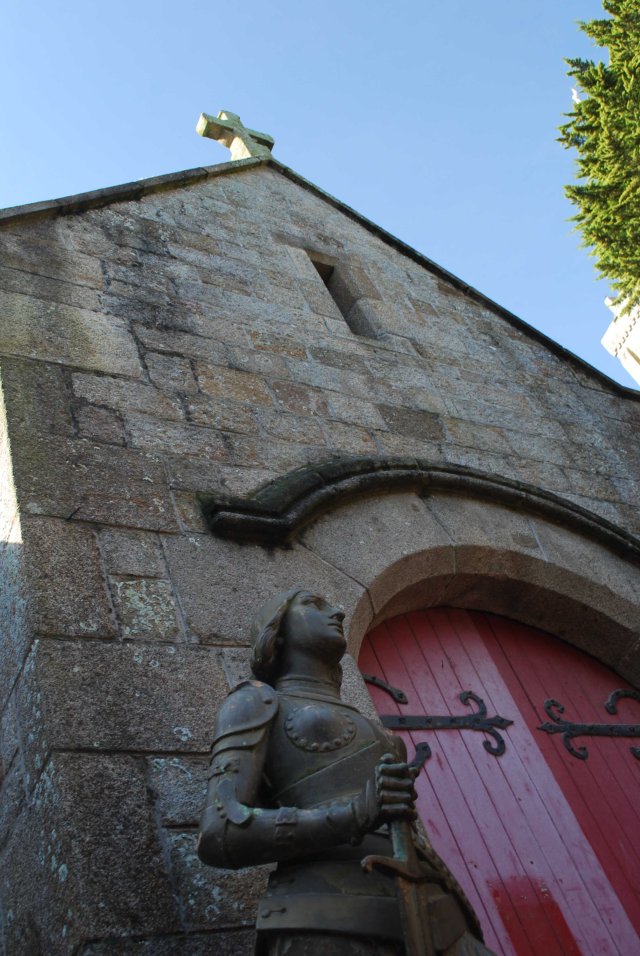 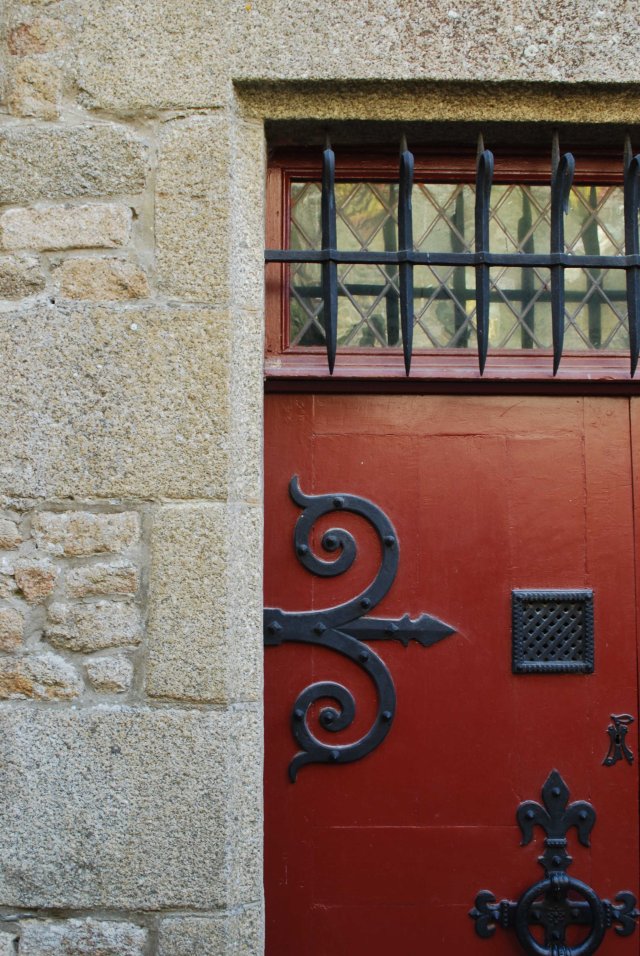 It has a little town area that is lined with tourists shops and restaurants – pretty but full-on touristy but those used to be commercial shops and  houses in its early days.  A narrow, winding path leads  to the abbey and monastery that was built in 8th century AD.

After a visit through the Abbey and its Romanesque-styled church, its austere lodging and dining room of the monks, and its peaceful cloisters, we took a walk around the abbey and its fortification. The view was sublime – very surreal colours that stretches out to infinity. 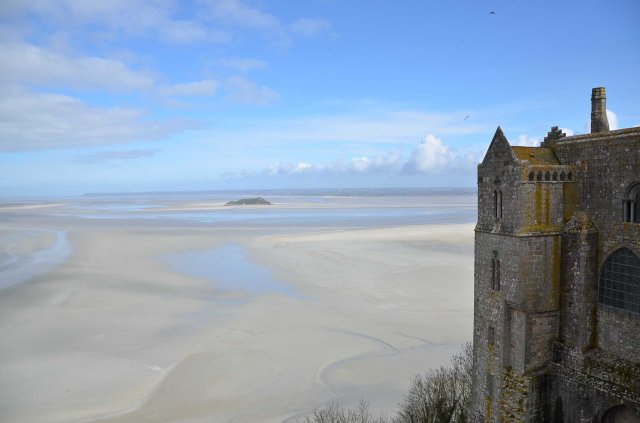 One cool thing about Mont Saint-Michel was that it used to be without the causeway – that means that pilgrims would have to walk through mudflat while keeping an eye on an approaching tide.

I spotted some people walking along the sandy path from a distance while being on top of the abbey and thought that it would have been a pretty fine hike (if only it wasn’t so cold!).

The other main reason why we find ourselves in Normandy is because we are history geeks and we really wanted to visit the significant D-Day sites.

The morning when we begun our d-day tour was a cold, windy, and wet one.

Since we decided to spend just a full day on it, we decide to concentrate on the American side of the operations on D-day. We started off our visit at the Normandy American Cemetery and memorial.

Just a quick and brief history of D-day – It was an operation led by the allied forces during World War II (code name: “Operation  Overlord”) on 6 June 1944, it marked a turning point in World War II where subsequently France and the rest of Europe were freed from German control.

We began our visit at the Visitor Centre that has many videos, sound clips, information on the American soldiers who took part in the fighting as well as the details of Operation Overlord – it made the whole visit very poignant.

We walked through the cemetery next – it was a sad sight to see so many graves of many of young American soldiers who lost their lives. We need to remember this day (the lives lost,

It was raining and grey that morning and the weather just seems to add to that poignancy.

Next we went to visit Omaha beach where the most intense of the D-day fighting took place. It was hard imagining that such a peaceful beach had once seen so much blood and gory. 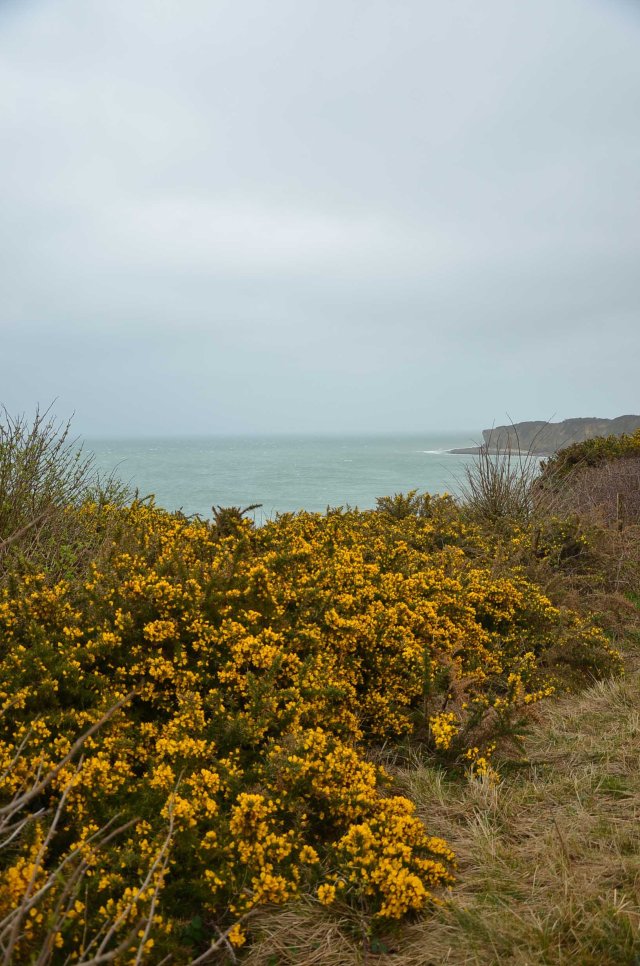 The last stop of our D-day tour is at Pointe du Hoc. Pointe du Hoc is a 100-metre high cliff on the coast in between Omaha and Utah beach. The US rangers had to scale up that cliff to dismount the German cannons (that were not there by the time they reached).

Only ninety of the two hundred and twenty-five men survived D-day. It was really sad and when you are there you can only imagine that near impossible task that they were given. I have only the greatest respect for these men.

Pointe du Hoc still bears the scars of WWII with the bomb crater marks surrounding the nearby landscape. The German bunkers still remained untouched since that day and I felt like I took a time machine back to that particular day in world war II.. 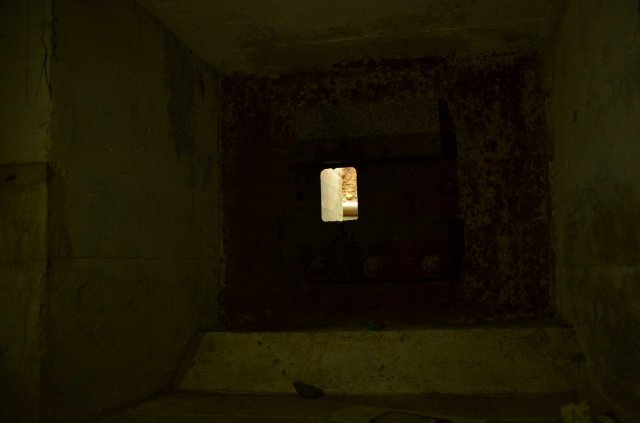 We had a few days in Bayeux and it gave us time to wander around the small town center. It is flanked by its Gothic Cathedral that seems larger than life in proportion to this town. The unique nature of this cathedral is the decorations within the cathedral which is Norman Gothic in nature – and one of the finest examples of this. It’s definitely worth a visit if you are in town. 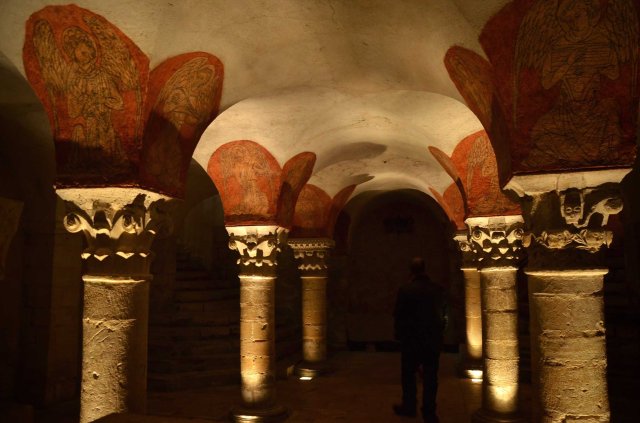 Another thing worth a look is the Bayeux tapestry at the Bayeux tapestry Museum I never thought that I would be so fascinated by it – I was there to hide away from the extreme winds and the onslaught of rain but it turned out to be more than a rewarding afternoon.

The tapestry is seventy metres long (!) and it dates back to the 11th century, making it almost a thousand years old! It’s made with wool and natural dyes and it tells the story of the conquest of England by the Duke of Normandy – it’s sewn to tell the story to the people who were illiterate. The audioguide takes you through the story that is sewn on the tapestry and brings it to life. No pictures are allowed in there so here’s a link to the animated version of it.

Around the town, I would recommend stopping by to try some apple pastries – my favourite were the chassons aux pommes (apple pie) and the tarte aux pommes Normande (Normandy apple tart). I bought some from Pâtisserie la Reine Mathilde, an old pastry store that opened in 1898.

Also, you can’t ever leave Normandy without trying some calvados (apple brandy) and ciders. I love my ciders and I’m happy to be drinking it daily – all really good. The calvados is interesting, good but pretty strong (40 percent alcohol) so it’s not for the faint-hearted.

While I can’t say I love the weather in Normandy (I heard it’s usually very rainy anyway), I do think it is a very fine area to spend a few days in and maybe more if you are exploring more areas in the region.

One thing left, I will write about my cider and cheese adventures in Normandy (particularly in Pay d’auge) soon.

A pretty nice place in a good location with very competitive prices.

D-Day tour (American)
You can do the Normandy American Cemetery and Memorial, Omaha beach, Pointe du hoc, and if you still have time, Eglise Sainte Mère, the church that the paratroopers landed on, also in the film “The Longest Day”.

Bayeux Tapestry Museum
3bis rue de Nesmond
14400 Bayeux – France
Opening hrs: 9.00 am to 6.30 pm (depending on seasons. Check on website) 9 Eur for an adult, inclusive of an audio guide.
http://www.tapisserie-bayeux.fr/

For more travel information in Bayeux, you can check out their tourism website:

My first love is eating. A very close second is my love for baking and cooking. I passionately believe that the best form of appreciation of something is almost always through the creation of it. This passion took me on a whirlwind, unforgettable ride through the patisserie diploma course at Le Cordon Bleu (Sydney). Join me on my discovery for the love of food – through the kitchen, through the markets, through experimenting, tasting and loving.
View all posts by jothetartqueen →
This entry was posted in Travel and tagged Bayeux, bayeux tapestry, d-day tour, Mont saint-michel, Normandy, travel, travel photography, travel: bayeux, travel: france. Bookmark the permalink.