I’m going to let you in on my tiny secret; I have kept this recipe from all of you for far too long and good things are meant to be shared. This is the BEST quinoa salad ever. If you ever need convincing about quinoa, this is the one dish you should try.

After being introduced to quinoa last year, I have been smitten by this humble seed. I have been eating quinoa salads at least once a week since then. They are perfect when you have been eating too much rich/oily food throughout the week and just feel like having something lighter. 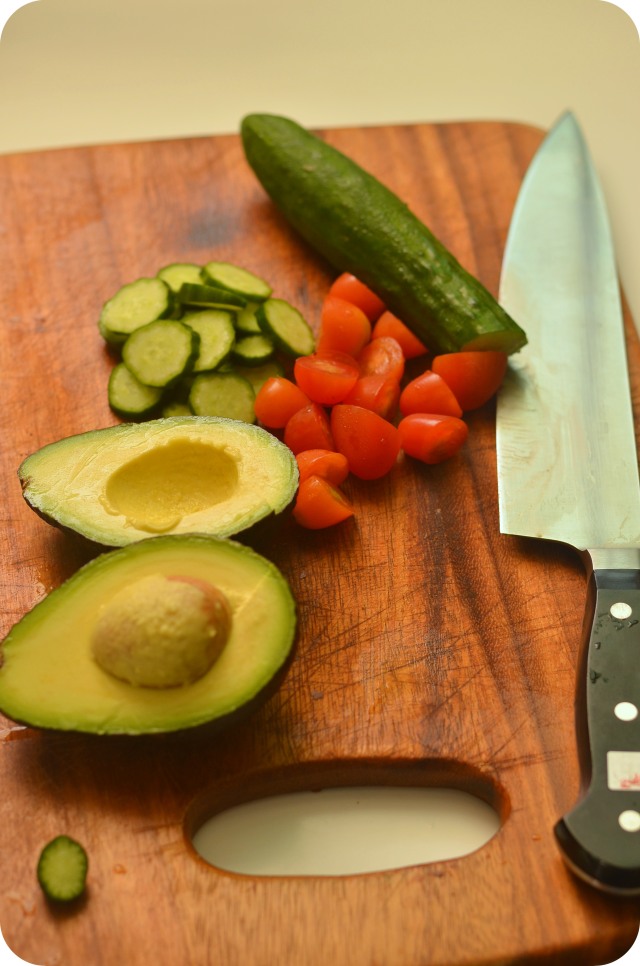 Having tried different variations of  making of quinoa salad, I have to say that this is my absolute favourite; it is practically second to none.

I find myself going back to this quinoa salad time and time again, week after week because it is just so delicious. I even (almost) convince my cucumber-phobic sister to eat her cucumbers in this salad.  It is the first time she has eaten cucumbers willingly, with the disclaimer “as long as there aren’t too many cucumbers, they are fine in the salad.”

I have made variations of this Japanese inspired quinoa salad, adding or subtracting an ingredient (mostly ingredients found in the Japanese cuisine) and they are work well with this dressing.

Now that I’ve let you in on this little secret, will you be giving this quinoa salad a go? 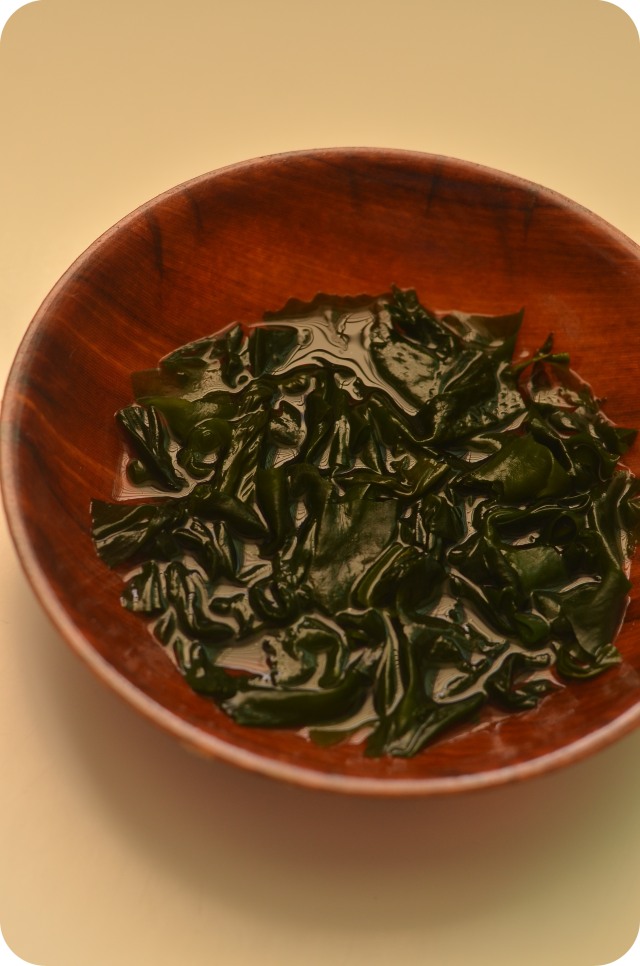 Method:
1. Prepare the quinoa: Wash the quinoa seeds in running water thoroughly and soak it for about 20-30 minutes before cooking (to remove the coating of saponin that lies in the outer husk of the quinoa that gives it a bitter aftertaste). Drain the quinoa seeds using a sieve or fine mesh strainer.

2. Cook the quinoa as per packet’s instructions. I use the ratio of 1: 1.5 for quinoa seeds to water/stock. Add a pinch of salt and bay leaf/smashed garlic clove if using water. Start cooking the quinoa at medium high heat until it starts to boil. Then turn down the heat to low and allow the quinoa to absorb the liquid. The quinoa takes about 10-15 minutes to cook. The ready quinoa will start to look slightly translucent. Fluff up the quinoa with a fork. Let it cool while you prepare the salad ingredients.

3. Wash and cut up vegetables. Soak the dried wakame in tap water and allow them to “bloom”.

5. Toss the salad ingredients with the cooked quinoa and vinaigrette. Taste and season if necessary.

My first love is eating. A very close second is my love for baking and cooking. I passionately believe that the best form of appreciation of something is almost always through the creation of it. This passion took me on a whirlwind, unforgettable ride through the patisserie diploma course at Le Cordon Bleu (Sydney). Join me on my discovery for the love of food – through the kitchen, through the markets, through experimenting, tasting and loving.
View all posts by jothetartqueen →
This entry was posted in Cooking, Recipe, Salads, Savoury and tagged japanese inspired quinoa, lunch, lunchbox, quinoa, quinoa salad, salad. Bookmark the permalink.