Posted on December 4, 2013 by jothetartqueen 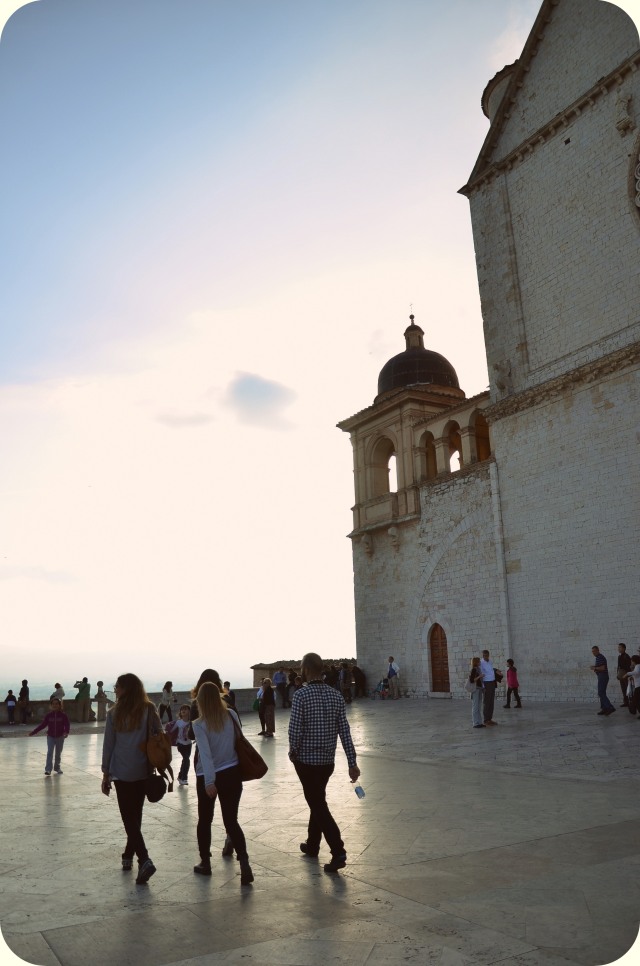 Assisi is a small but picturesque medieval town. One cannot talk about Assisi without mentioning the Basilica of San Francesco, one of UNESCO World Heritage sites, where pilgrims and tourists alike throng.

Even though I’m no pilgrim and I know little about Saint Francis, the interior frescoes of the Basilica were stunning. These frescoes are representative of art in the 13th and 14th century are painted by a Giotto, a pioneer of the art Renaissance movement, and his apprentices. 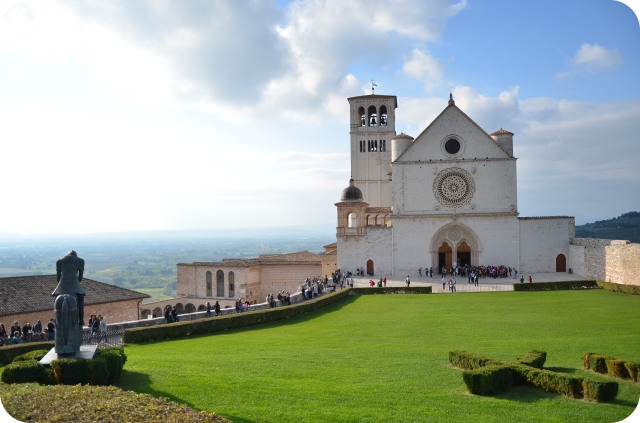 Beyond the Basilica lies the narrow but steep streets leading to the town’s lively main square, Piazza del Commune. It is a good place to take a moment to enjoy a gelato or sit by an alfresco cafe to have a cup of coffee while you watch the rest of Assisi (and tourists) hurry by. 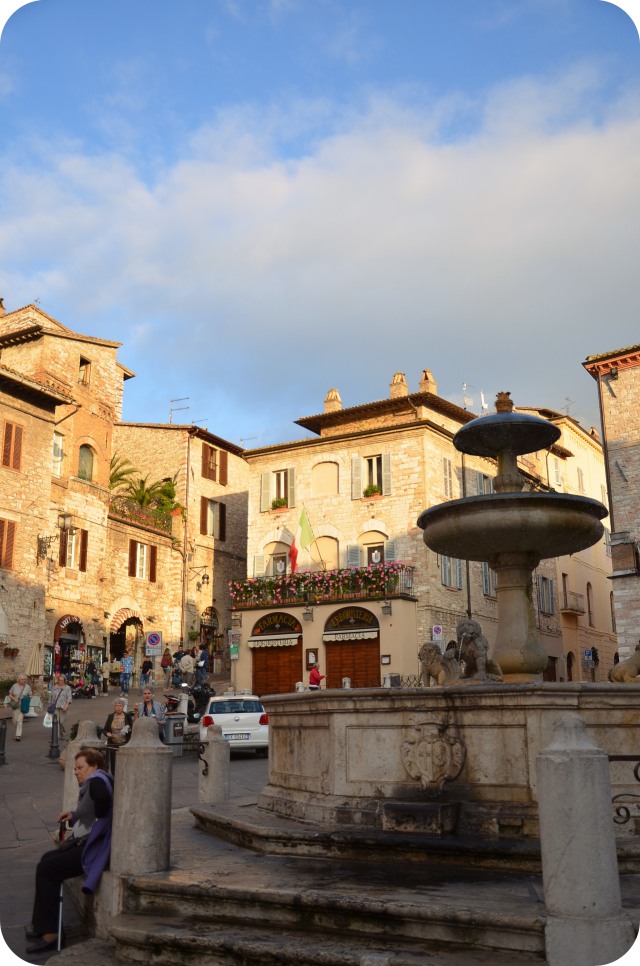 At the centre of this Piazza, you would notice a Roman building (Temple of Minerva) standing right at the very centre with its six Corinthian columns which was once the centre of Roman society. 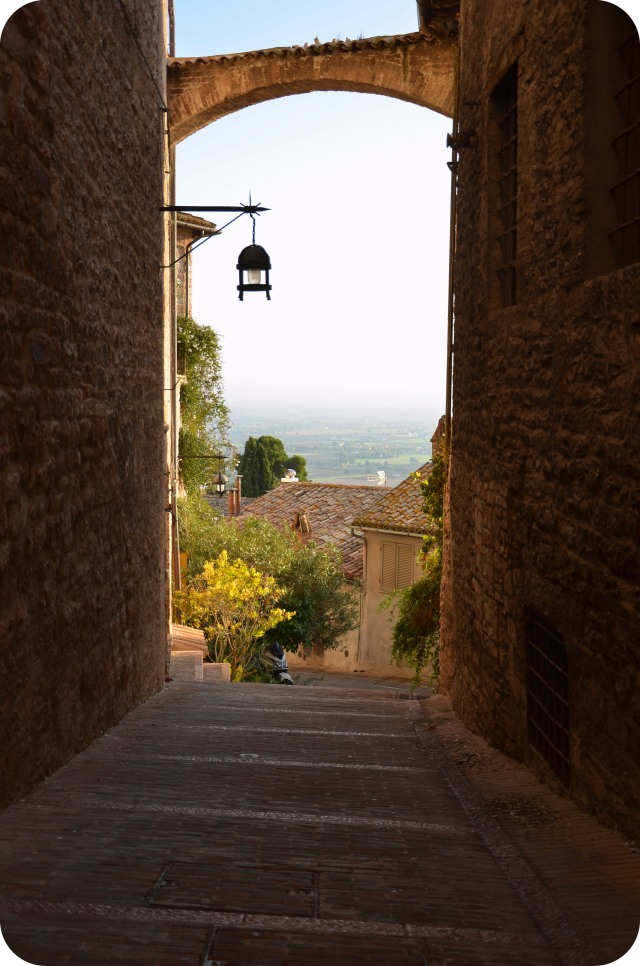 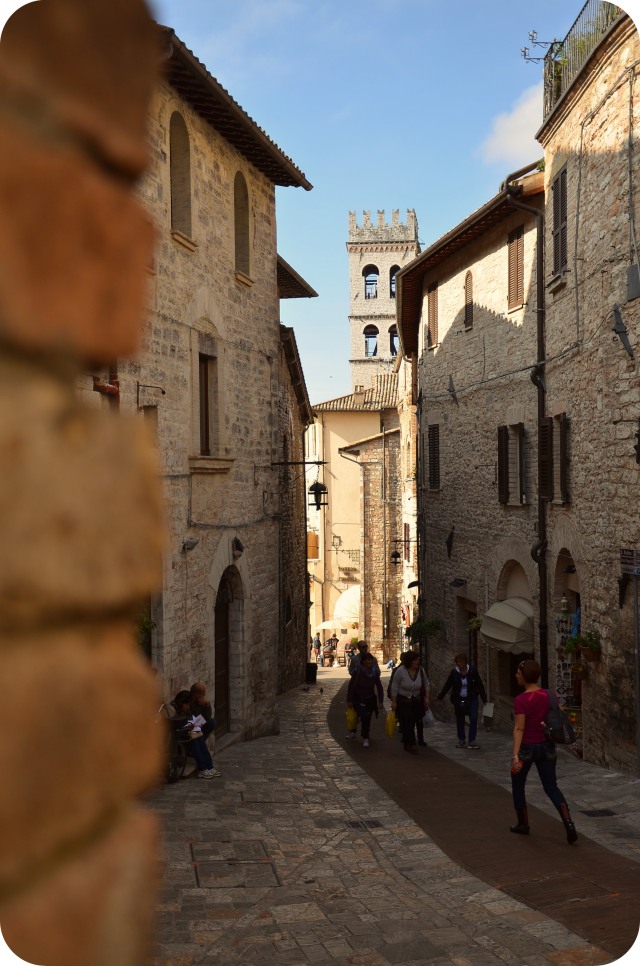 After that, lose the map and get yourself lost amongst its narrow streets to uncover little vistas that afford you beautiful views of the landscape (after all, Assisi sits high up on a hilltop), and little shops selling hand-painted tiles of Assisi town, olive wood carvings, nativity scenes in different formats. It is amongst the smaller lanes that you may find a piece of the real Assisi, without its tourists and pilgrims. 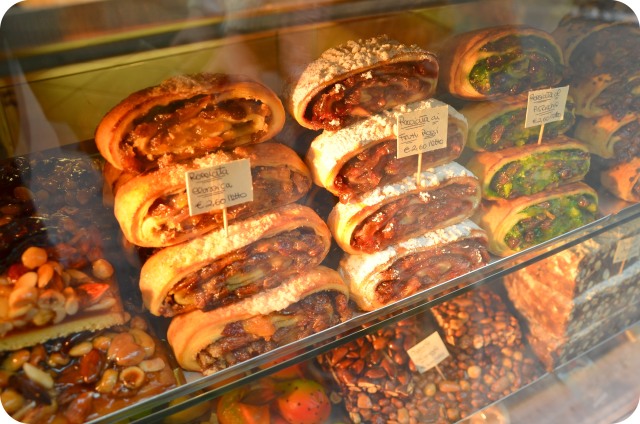 We also bought the local pastry, rocciata di Assisi to try. They were gleaming at us from the windows and counters of all the pasticcerias in Assisi. They are described to be similar to strudel but I find that the pastry is definitely much thicker than a strudel pastry that I’m familiar with. They are most often filled with dried fruits and nuts that have been soaked in a sweet wine and often flavoured with the zest from a citrus fruit as well as some spices.

We tried the version with walnuts and almonds. It was a little too sweet for me so I can only eat a little of it at a time but I do like the nuts that were used which are so fresh and the flavours of the sweet wine complementing the cinnamon and orange zest. 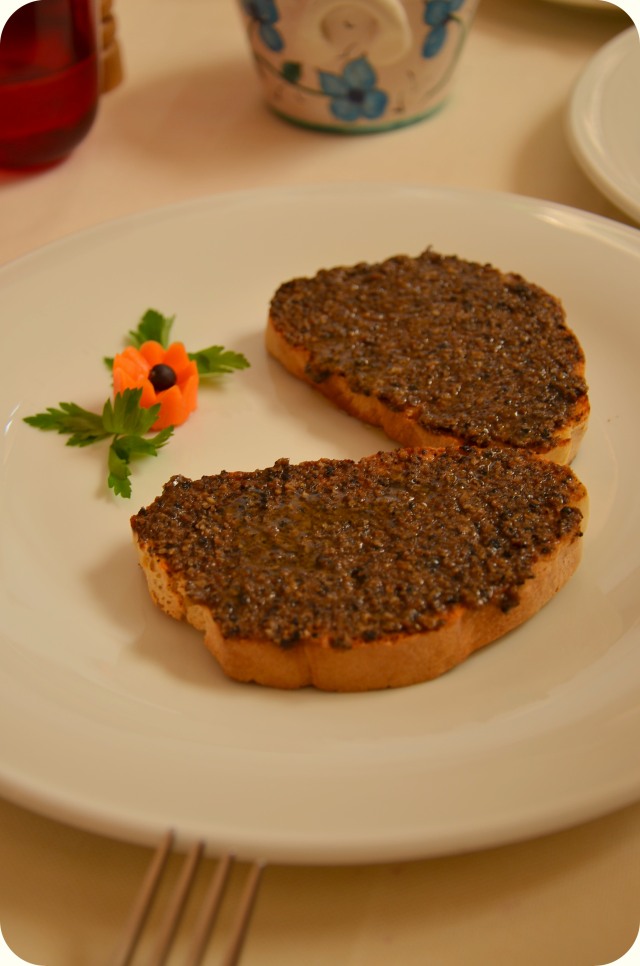 For lunch, we stopped by La Fortezza which was one of the restaurants recommended by Mario Batalli. The food was alright but nothing outstanding. However, it is a restaurant that serves traditional Umbrian dishes. We shared the black truffle bruschetta which was good. The carpaccio of wild boar and aged pecorino cheese was something I loved very much. You can’t ask for anything more when it’s made with such fresh ingredients. The wild boar stew which is a popular regional dish was disappointing. The wild boar could have been more tender and more flavourful. The wild boar pasta I had in Sienna two years ago is still a very happy memory for me and this was nothing close to that. 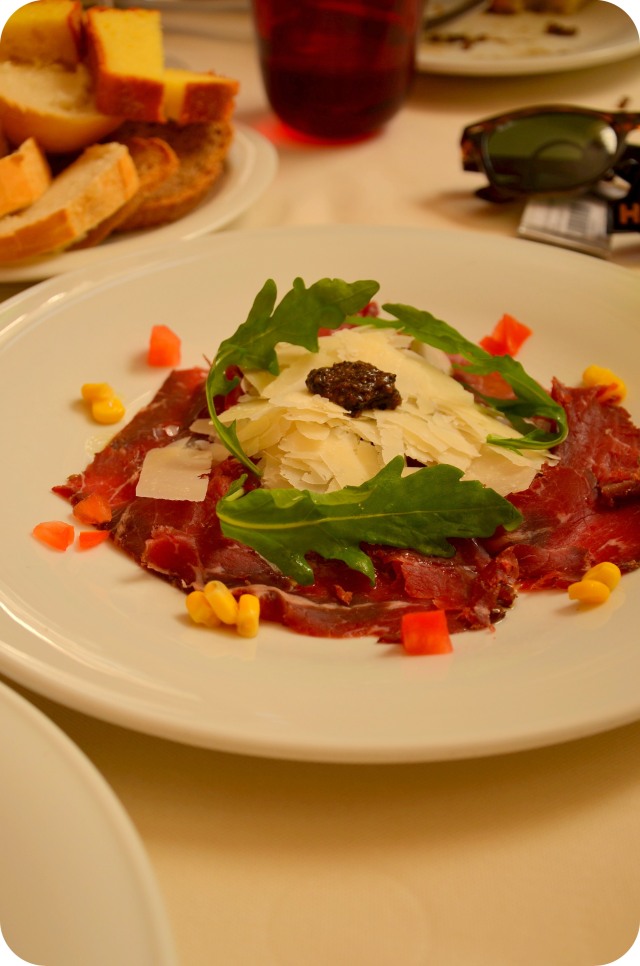 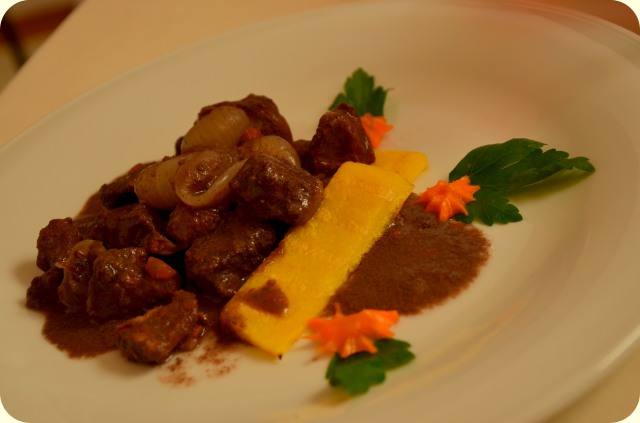 Before our long drive to Orvieto, we drove out of Assisi town to a monastery that is set high up in the words against Mount Subasio, Ermo delle Carceri. This hermitage is deep in the woods, with beautiful views of the valley below; it is tranquil and far removed from the rest of the world. The church and hermitage has remained virtually unchanged since Saint Francis’ time (in the 13th century). Being physically there allowed me to feel the spiritual essence of the place and it made me reflective.

Assisi is a place that is high up travellers’ list when visiting Umbria and rightfully so. We had initially planned to drop by Spello for a walk but ended up spending the entire day in Assisi. It is much quieter (and a lot more charming) in the late afternoons and evenings after the coaches of tourists start to leave. 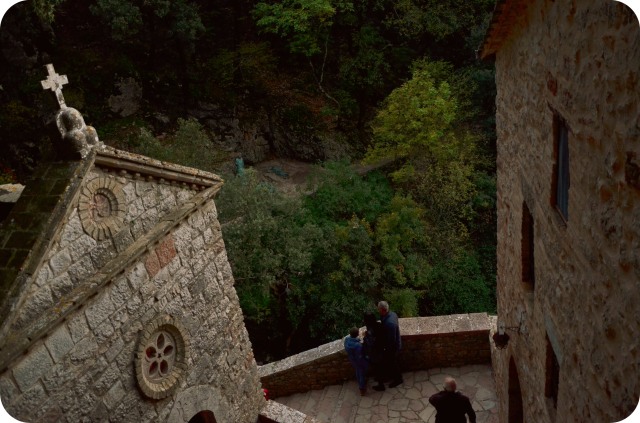 You will need to pay for parking and park outside the historic town centre.  We parked near the Porta Mojano gate, at covered car park called the Mojano Parking. You can then take an escalator up to the town. Do note that parking is scarce especially on a weekend so try to get there early. 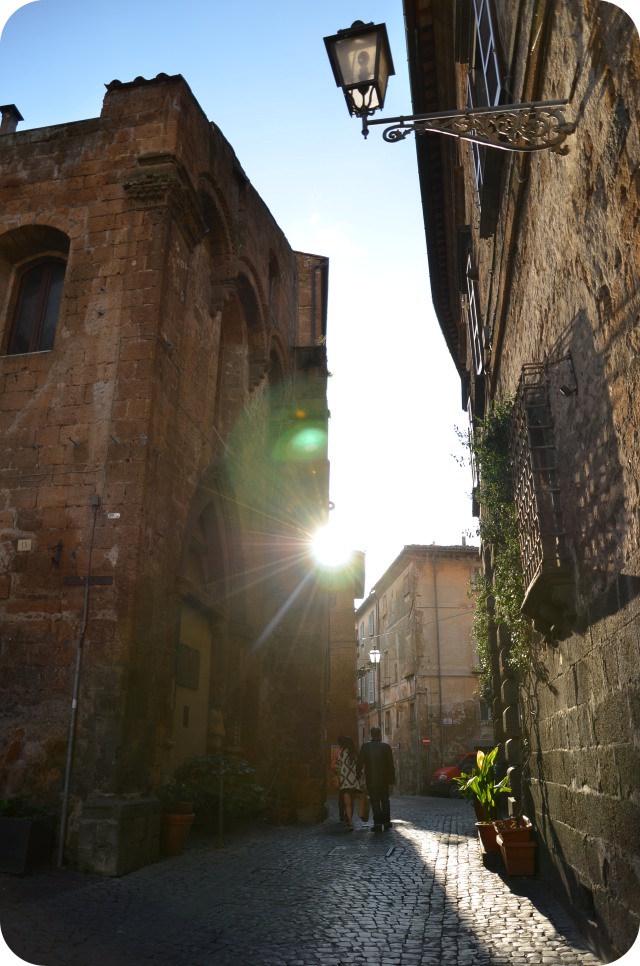 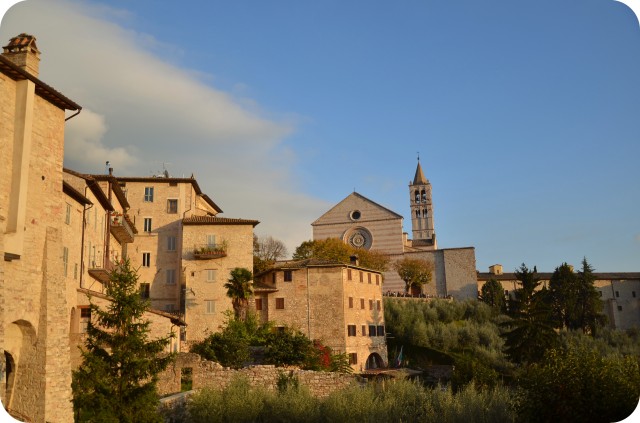 My first love is eating. A very close second is my love for baking and cooking. I passionately believe that the best form of appreciation of something is almost always through the creation of it. This passion took me on a whirlwind, unforgettable ride through the patisserie diploma course at Le Cordon Bleu (Sydney). Join me on my discovery for the love of food – through the kitchen, through the markets, through experimenting, tasting and loving.
View all posts by jothetartqueen →
This entry was posted in Travel and tagged assisi, italy, travel, travel photography, umbria. Bookmark the permalink.